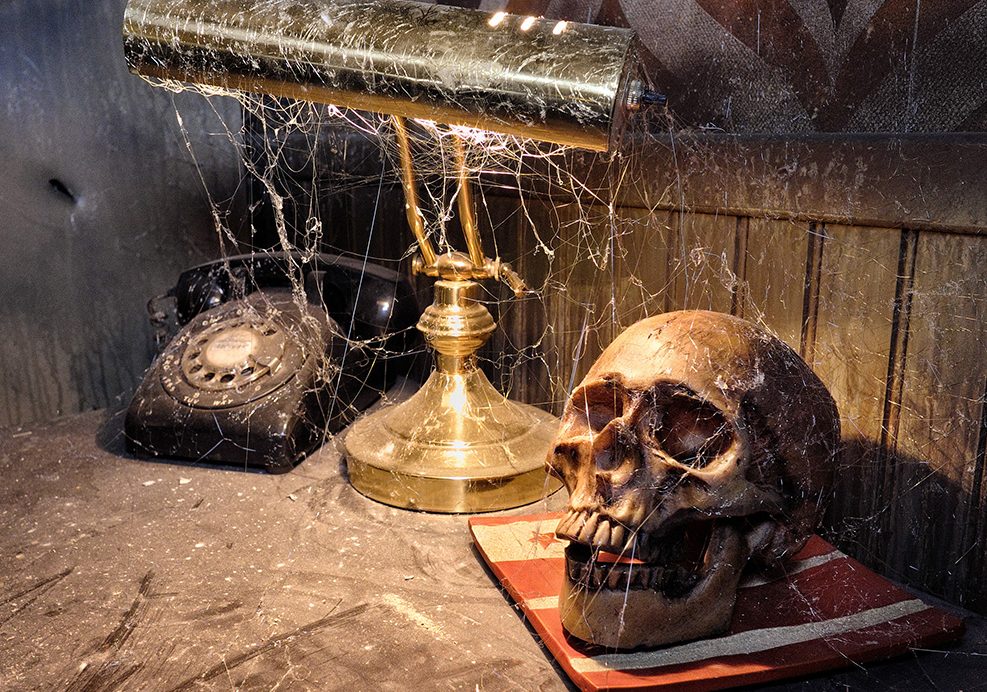 Posted on October 17, 2017 in New Rides and Attractions by Maritime Fun Group

The tourists have gone home for the summer. Luckily, guests are still checking into the Route 6 Motel in Cavendish.

The business, which opened this past summer with the intent of scaring people, has re-opened to deliver another gut punch this Halloween.

The Route 6 Motel will be open Thursday to Sunday this week (there’s no school Thursday or Friday) and open again Friday to Sunday next week.

This was the first season for the motel. Before the space was renovated it existed in its previous life as King Tut’s Tomb, just past Sandspit.

Adam Hickey, vice-president of Maritime Fun Group, which operates the motel, said they literally stripped the building down to its studs and gutted everything.

Then, they started on the layout of how the hallways would wind through before creating a list of elements and scares that they would include.

“Once we had that done we started working on telling the story, the history of the motel and the strange happenings that have occurred here over the years,’’ Hickey said.

As the story goes, it was a thriving motel in the 1950s and 60s. Located on the Moore Road, formerly the entrance to the P.E.I. National Park. It was a prime location for any hotel.

“But, when the entrance to the park was moved the owner started to run into financial difficulties as well as some pretty strange and unsettling occurrences, forcing the motel to close.’’

In the 1990s, another company acquired the motel. It was renovated with an eye to bringing it back to its former glory. However, strange things continued to happen. It became the haunted motel it is today.

Off on the Right Foot

“Throughout the summer we’ve had an early checkout rate,’’ he said. “Pretty consistently, about a third of the people don’t make it through. This Halloween (season) we’ve seen a few braver souls come in so there’s more making it through.’’

Due to the professional development day in the school system, the haunted motel will open from noon to 10 p.m. on Thursday and Friday.

Jessica Caseley, vice-president of marketing for the Maritime Fun Group, said the reactions of guests have been incredible to see.

“People take really strong reactions to being scared,’’ Caseley said. “There was one girl who, as soon as the lights went out, curled into a ball and wouldn’t get up so we had to get one of our staff members come over and cajole her back into the haunt.

Originally published in The Guardian