Believe It or Not! Ripley’s in Cavendish Won Franchise of the Year, Again! 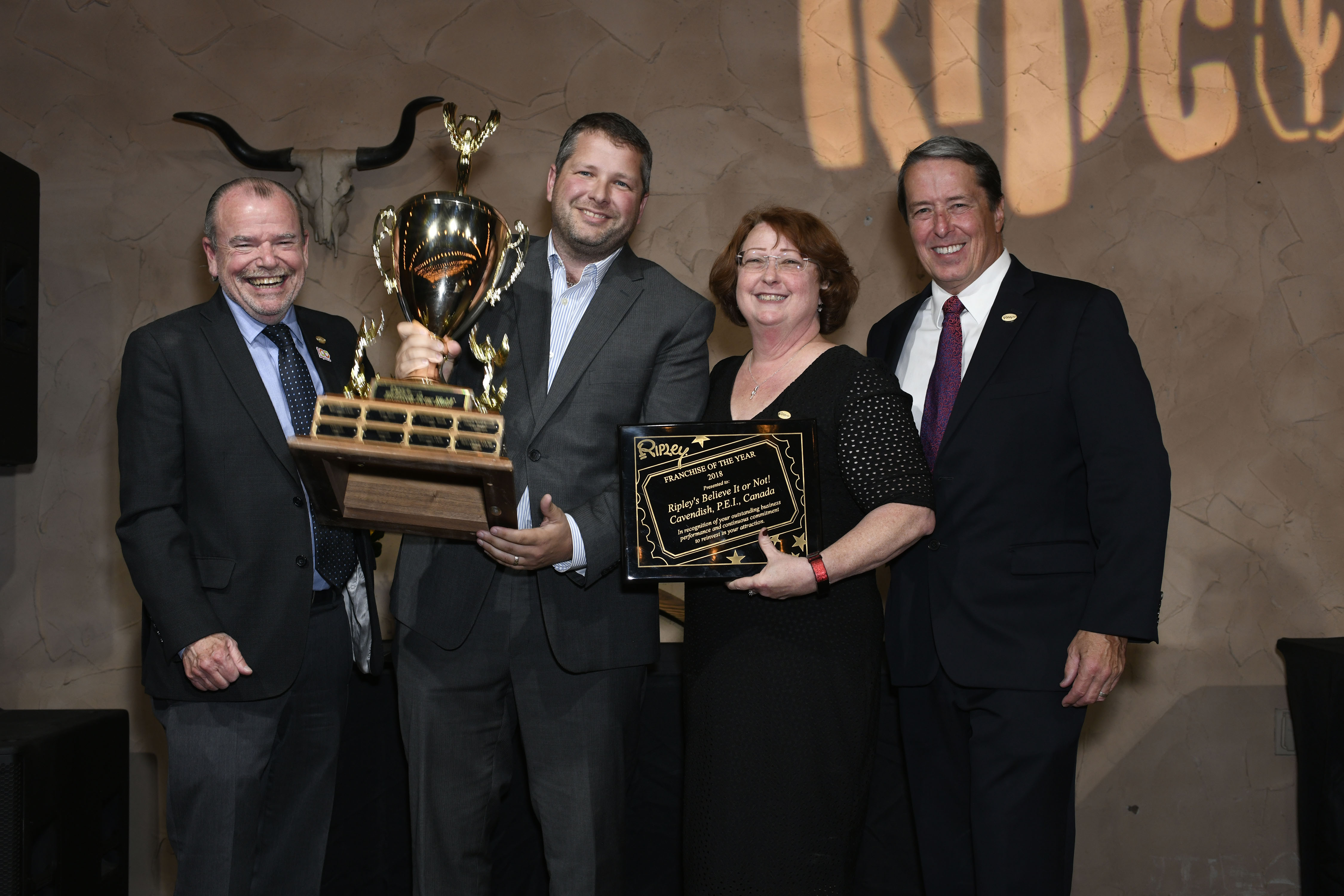 Posted on November 20, 2018 in Press Releases by Maritime Fun Group

Ripley’s Believe It or Not! Odditorium in Cavendish, PEI has won the Franchise of the Year Award for the second year in a row from Ripley Entertainment Inc. in a recent award ceremony held in Scottsdale, Arizona.

The Franchise of the Year Award is awarded to a franchise with outstanding business performance, including financial performance, superior guest service and secret shopper scores. It also recognizes their ongoing commitment to capital improvements.

This is the first time that the award has been given to the same location two years in a row.

“Needless to say, we were honoured to be recognized once again,” says Matthew Jelley, President of Maritime Fun Group. “It is very humbling to have the efforts of our staff and management recognized in this way.”

The trophy technically won’t arrive on PEI until later this month, and will be on display this summer at the Ripley’s Believe It or Not! Odditorium at Mariner’s Cove Boardwalk throughout the 2019 season.

Ripley’s Believe It or Not! Odditorium is located at the Mariner’s Cove Boardwalk in Cavendish, PEI. It features 14 different galleries, including an expanded interactive gallery.

About Ripley’s Believe It or Not! Odditorium

Check out Ripley’s Believe It or Not! for yourself!